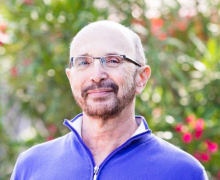 Alan Sugarman, Ph.D. is a licensed clinical psychologist, practicing in Solana Beach. He provides psychotherapy and psychoanalysis to children, adolescents, and adults, and works with parents on parenting issues. Dr. Sugarman is a Training and Supervising Analyst in child, adolescent, and adult analysis at the San Diego Psychoanalytic Center where he is a past Director of Education. He is also a Clinical Professor of Psychiatry at the University of California,  San Diego . Prior to coming to San Diego Dr. Sugarman was a postdoctoral fellow at the Menninger Foundation and a faculty member of the Yale University Department of Psychiatry where he was the Chief Psychologist at the Yale Psychiatric Institute. He was certified both in adult as well as in child and adolescent psychoanalysis by the Board on Professional Standards of the American Psychoanalytic Association and by the American Board of Psychoanalysis. He is also a Diplomate in Assessment Psychology of the American Board of Assessment Psychology. Dr. Sugarman has almost 90 professional publications and is a frequently invited speaker and teacher at local, national, and international psychoanalytic institutes, organizations, and conferences.  He also serves on many professional editorial boards and has occupied prominent positions in the local psychoanalytic institute as well as the American Psychoanalytic Association. He has been in private practice for almost 30 years, first in La Jolla and now in Solana Beach.